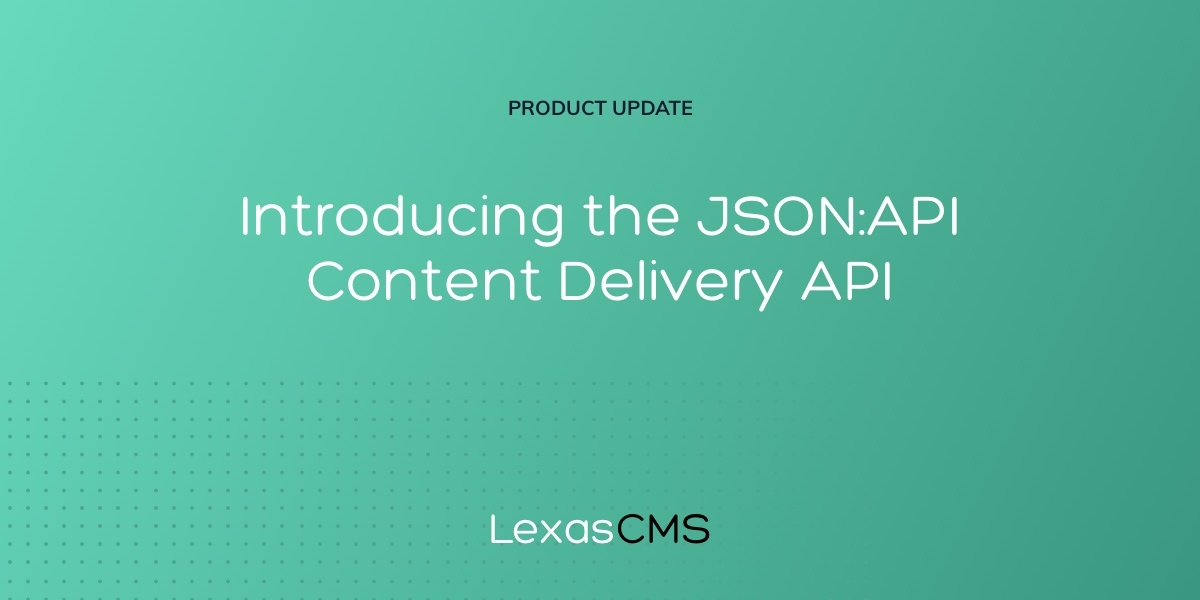 As an alternative to the existing GraphQL content delivery API, the new JSON:API variant — as its name suggests — provides a JSON:API compliant REST API for retrieving content from LexasCMS.

JSON:API is a specification that was originally drafted in May 2013 by Yehuda Katz. The specification became stable on May 29, 2015 and is now widely used in open source projects such as Ember.js and Drupal.

In it’s own words, JSON:API is:

A specification for how a client should request that resources be fetched or modified, and how a server should respond to those requests.

JSON:API is designed to minimize both the number of requests and the amount of data transmitted between clients and servers. This efficiency is achieved without compromising readability, flexibility, or discoverability.

How can I use the JSON:API Content Delivery API?

Everything that you need to get started with the new JSON:API content delivery API can be found in our documentation.

If you're an Ember.js user, we have also created a new integration guide and an example blog application, which should both provide an excellent reference for getting started with LexasCMS in an Ember.js application.

For non-Ember.js users, the JSON:API website lists many existing client libraries in numerous different languages which can be used to request data from a JSON:API compliant API.

Now that we have successfully delivered the new JSON:API variant of our content delivery API, we'll be turning our attention to adding support for webhooks, content previews and a new Markdown field type.

At the same time, we'll also be laying the foundations for some pretty cool features that we have planned around personalised content.

A better way to plan, manage and deliver personalised content.

Integrates with your favourite tools and frameworks